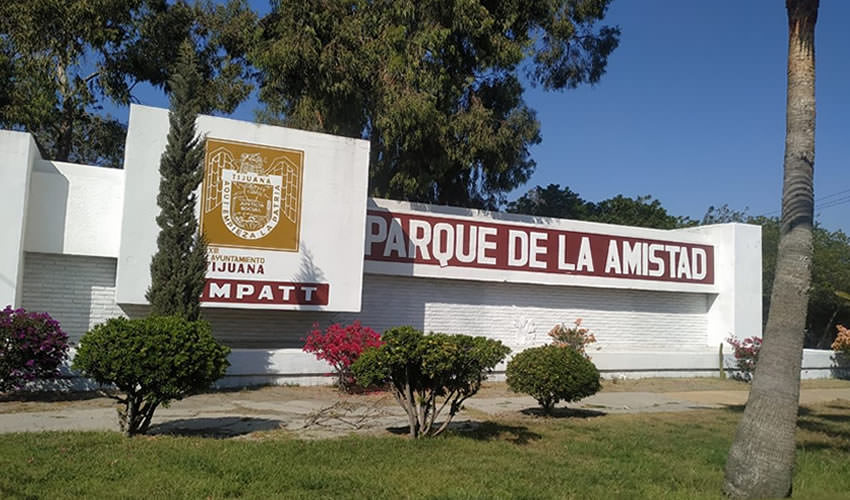 Friendship Park is an urban park located in the Otay Centenario delegation, in Tijuana, Baja California. It has an area of ​​22.3 hectares and stands out for being a park close to the Otay International Garita.

The place where Friendship Park is located was called by the Kumiai people “otai” (“brush”) and “Tou-ti” (“big mountain”) or “etaay” (“great”).

It was inaugurated on July 26, 1978, by the municipal president Xicoténcatl Leyva Mortera.

The park has been the venue for local sporting events, such as the delegation athletic series and more recently, the grand municipal final of the 2022 bicycling delegations.

In May 2021, it suffered a temporary closure due to the contamination of its artificial lake.

In it, there is an artificial lake, of 4 hectares to which various migratory birds such as pelicans, cranes, and ducks arrive. Among the aquatic species that inhabit it, bass, carp, and catfish stand out.

Among the amenities that the park has, there are 12 kiosks, and 4 “palapas” with grills, which visitors use to hold social events.

On the sports field, there is a 2.5 km long circuit around the park. Likewise, there is a skating area, the first skate park in the city.

In September 2016, Méliès Autocinema began operations, the first drive-in theater in Tijuana for decades. It is located in the parking lot of the park.