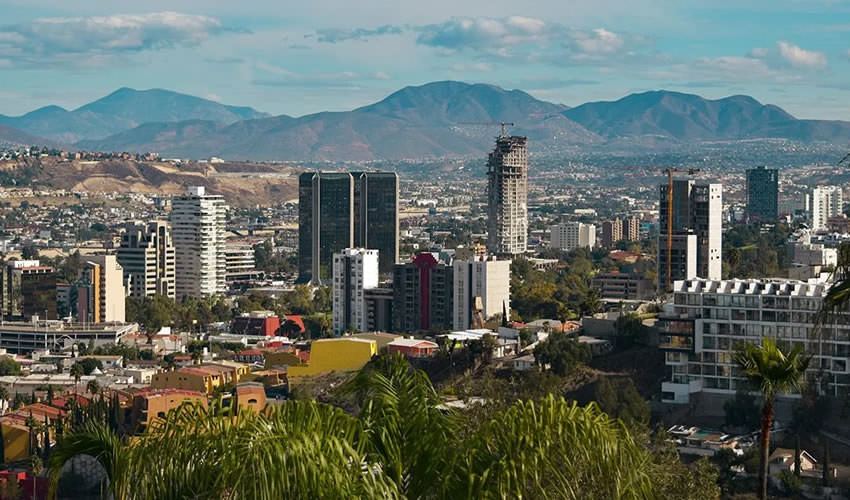 How safe is Tijuana for travel?

Is Tijuana a safe city?

Tijuana is a city located in the Mexican state of Baja California, on the US-Mexico border. The city of Tijuana is Mexico’s most populous city with 2,181,000 people, and the 2nd largest city in the country after Mexico City.

Tijuana has a long and rich history, dating back to pre-Columbian times, and is home to a diverse population of Indigenous peoples, as well as descendants of European immigrants.

Unfortunately, this city is also infamous for being a major center of drug trafficking and organized crime. However, while it is certainly not without its risks, Tijuana is generally safe for travel if visitors take the right precautions by sticking to certain areas.

Overall Risk in Tijuana is high.

If you must travel to Tijuana right now, it may be best to go on a well-protected tour.

Tijuana was voted the most dangerous city for two years in a row. There are 134 murders per 100,000 people. By the end of 2020, Tijuana accounted for at least 2,000 murders. More Americans living in the area have become targets of organized crime.

Taxi drivers may scam you in this city – especially if you hail one from the street. You can have a more stress-free ride using Uber.

The location also makes it convenient to take your car over the border to drive down the peninsula. Be aware of pickpockets on public transport and in transportation stations.

In Tijuana, pickpockets are very active. In almost all cases, there is a lot of commotion and distractions going on around you, so it makes it easy for the thief to steal from you. Sometimes they work in groups.

Don’t let strangers stop you on the street with a sob story.

There is a small risk of hurricanes, but generally only during the months right before and after a hurricane season.

The earthquake risk is very low in Tijuana. It is not an area where you will expect a blizzard or tornado either.

Muggings, kidnappings, and similar street crimes have been known to happen in Tijuana, but they aren’t very common occurrences, according to the residents of the city. Tourists are still highly advised to leave all valuables at home and remain vigilant at all times.

The biggest threat in Tijuana is the drug cartel.

Tijuana is not an area that has been the target of terrorist threats in recent history.

You can get scammed in Tijuana very easily.

Various people will try to take advantage of you, so just be aware of your surroundings and don’t trust anyone that you don’t know.

If you are a female tourist, there is a high risk that you will be harassed or even assaulted in Tijuana.

It is highly recommended that you avoid walking alone at night and stick to well-known areas. Even if you prefer solo travel, it is best to travel in a group if you are female.

Unfortunately, the city holds the record of having the highest femicide rate in the world.

Don’t drink water from the tap here! It’s not safe. Stick to bottled water or drinks from sealed containers. Water in Mexico is often contaminated with parasites or bacteria, which can make you sick.

When you buy bottled water, be sure to check the seal on the cap.

Safest Places to Visit in Tijuana

The tourist locations are the safest part of the city.

These include the downtown area, the Zona Rio, Zona Centro, Zona Norte, and the beaches.

The beaches are beautiful and offer great swimming, snorkeling, and diving opportunities.

When downtown, you can visit historic landmarks, museums, art galleries, and cultural centers.

Zona Centro is home to many of the best bars and nightclubs, while the Zona Norte is known for its nightlife, cheap drinks, cheap accommodations, and – well- its red-light district. It may not be the classiest part of the city, but you will be among many tourists.

Zona Rio has many specialty shops, craft beer bars, a casino, and cultural tours. It is a major shopping hub in the area.

Places to Avoid in Tijuana

As with any city, it is best to avoid wandering around alone at night in areas that are not well-known or are known for being dangerous.

There are several bars and clubs in Tijuana that are safe to visit, but it is always best to check with your hotel concierge before venturing out.

The most dangerous neighborhoods in Tijuana are those that are known for being a center of drug trafficking and organized crime.

Avoid the eastern part of the city as it is simply not safe and will have little to see for a tourist.

Do your best to avoid neighborhoods such as Reforma, Sánchez Taboada, Camino Verde, and Mariano Matamoros.

Safety Tips for Traveling to Tijuana

When traveling to any new destination, it is important to be aware of the potential dangers that may await you.

However, with a little bit of common sense and caution, most tourists experience no problems while visiting Tijuana.

So… How Safe Is Tijuana Really?

With a population of over 2 million people, Tijuana is the largest metropolitan area in northwestern Mexico.

Unfortunately, it’s most known for its high crime rate.

Like many border towns, violence has plagued this city for decades.

Tijuana continues to have problems with violent drug-related crimes and gang turf wars in poor neighborhoods.

As a tourist, you can avoid most crimes that will plague the average local.

However, a lack of common sense or being in the wrong place at the wrong time can easily make you a victim of a crime.

Kidnappings, robberies, and homicides have gone up in the last couple of years to the point where Tijuana has been dubbed the “Most Dangerous City In The World”.

More women are murdered here than in any other city, and more American residents are becoming targets of organized crime for kidnappings and home robberies.

If you go out for a drink in a touristy club, be extra vigilant about your drink so it does not get spiked.

Areas frequented by tourists are generally safe in Tijuana, but visitors should be aware of their surroundings at all times and avoid walking in bad neighborhoods at night.

You can still be a victim in a tourist zone if you are not being careful.

How Does Tijuana Compare?