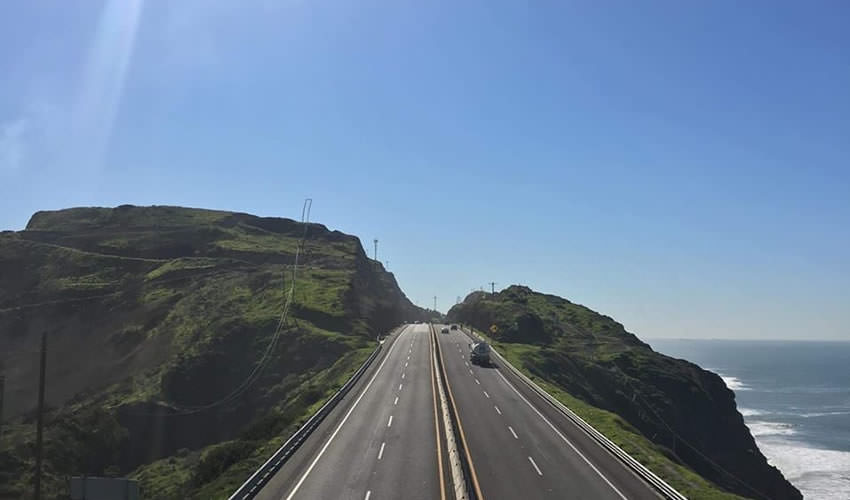 Baja California: 10 experiences on the edge of the Pacific

Baja California is Mexico but a whole world (and a sea, the Sea of ​​Cortez) separates it from the rest of the country. Baja California is a different Mexico, a mystical and untamed territory, almost wild, even in the lively border cities.

Traveling the entire peninsula from Tijuana to Los Cabos is a unique experience: more than 1,200 kilometers to discover incredible views at every turn, secondary roads that lead to tiny towns, mountains flown over by condors, sunsets, perfect waves, canyons of warm colors and a celestial vault full of stars.

Cross the busiest border in the world in Tijuana, and eat, drink and shop at will

Tijuana has a bad reputation that it only partially deserves. The busiest border in the world remains a surprisingly playful jungle, a mix of cultures that is not lacking in excess.

You have to move with caution, but there are interesting tourist attractions, such as the Museo de las Californias, where we will find many references to the first Spanish expeditions of Hernán Cortés; many wineries and bars where you can try the best tequila, and good (and also bad) restaurants. Tijuana is Tijuana!

Savor the bucolic delights of the Wine Route in the pristine Valle de Guadalupe, in the north of the peninsula

South of Tecate (another alternative border crossing to Tijuana) this route begins with more than 90 wineries and a brewery, the emblematic Cuauhtémoc Moctezuma, a classic brewery now belonging to Heineken.

Heading south, you have to follow the route choosing stops at some of the wineries. Many offer tastings, sophisticated restaurants, and even hotels and spas. Views of picturesque, rolling vineyards accompany you all the way.

A large number of beautiful petroglyphs in this region is impressive, although the origin of these paintings in ocher, red, white, and black remains shrouded in mystery.

In recognition of its cultural interest, the Sierra de San Francisco has been declared a World Heritage Site by UNESCO; In addition, it is part of the El Vizcaíno Biosphere Reserve.

Travelers with time should visit the spectacular and well-preserved San Pablo Canyon. The attractive descent on the back of a mule through this canyon requires at least two days (preferably three).

La Paz is a cosmopolitan city combining ancient air and serene beauty with an exclusive atmosphere.

It is a very international area, but also the most Mexican corner of the peninsula. Here Hernán Cortés founded the first European outpost on the peninsula near La Paz, although permanent settlement had to wait until 1811.

The boardwalk that borders the beach is a good place to walk and shop, among select restaurants and curious shops, but it is also a good base for excursions to Cabo Pulmo and Todos Santos and has a lively and veteran expat community in the marina and surroundings.

A treasure trove of shallow blue inlets and pale pink cliffs, this island is one of La Paz’s jewels. It is part of an area declared a World Heritage Site by UNESCO, which includes 244 islands and coastal areas of the Gulf of California and makes for an interesting day trip.

In addition, it belongs to the Espiritu Santo Archipelago National Park and the Gulf of California Islands Biosphere Reserve. It is a magnificent area for diving or kayaking.

Dive into the mystical beach of Las Sirenitas, in Cabo Pulmo, the habitat of the only living coral reef in the Gulf of California

To practice scuba diving or diving without the crowds, a good option is the Cabo Pulmo Marine National Park, which is home to the only Pacific coral reef in the Gulf of California.

You don’t need an off-roader to enjoy the drive along the coastal road to the spectacular East Cape (from the south) or through the Sierra de la Laguna (to the west).

For diving, the best place is Los Arbolitos beach, or following the coastal path, Las Sirenitas, where the wind and wave erosion have turned the rocks into something like molten wax sculptures. Haunting and beautiful, they are also accessible by boat.

Visit the galleries of the bohemian Mijares Boulevard, in the heart of San José del Cabo

Connecting both, Mijares Boulevard is a tourist strip with restaurants and art galleries. The best beaches for swimming are on the road to Cabo San Lucas; one of them is Playa Santa María, at km 13.

This population encourages disinhibition, and everyone does. Where else do you see congas in which the waiters pour tequila directly into the dancers’ mouths? Despite those moments of absurdity and debauchery, Cabo San Lucas has a curious charm.

The beaches are sheltered by the beautiful arch, and the traveler will find endless activities just by going down to the sand: jet skis and banana boats, parasailing, diving, kitesurfing, scuba diving, and horseback riding.

If you rent a car and leave the city limits behind, you will be surrounded by majestic cactuses, caracaras, and mystical streams as impressive as that crazy club from the night before.

The migration of gray whales from the waters of Siberia and Alaska to the lagoons of Baja California is one of the most amazing events in the animal world.

In the reproductive areas of the Ojo de Liebre and San Ignacio lagoons, the 700 kg calves take their first breath and learn the lessons of the sea from the hand of their vigilant mothers.

The season is long but variable, as some whales arrive early in the Pacific lagoons and others take weeks or months to circle the Arch of Cabo San Lucas and find their favorite bays in the Gulf of California.

The best time to see the mothers and their calves in the lagoons is from February to early April, but the official season begins on December 15 and lasts until April 15.

If the traveler is anxious to contemplate them, they can go to the Ojo de Liebre lagoon, the San Ignacio lagoon, Puerto López Mateos, or Puerto San Carlos.

Be tarnished by history in the old colonial missions

The Baja California missions have a complex history. Built by Jesuits and Dominicans, many were abandoned over time.

Even so, these beautiful buildings, still active or isolated in the middle of nowhere, today offer good photographs and entertaining excursions, as well as being part of the peninsula’s past.

To visit some it is necessary to go in an SUV because the roads can be in very bad condition or even impassable.

The Mission Nuestra Señora de Loreto is the oldest, an impressive monument still active. The San Borja Mission has been left in the middle of nowhere but it hides a hot spring and a secret tunnel.

At the remote and well-preserved Mission San Francisco Javier de Viggé-Biaundó we can take a trip back in time and at the photogenic Mission of Santa Rosalía, do not miss the view of the back, which overlooks the river lined with palm trees.