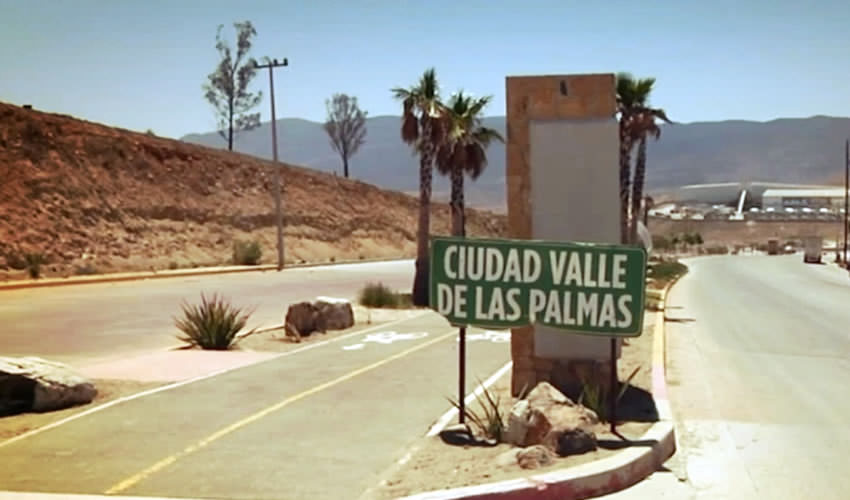 Valle De Las Palmas is located between two hamlets Espuela and Seco in the municipalities of Tijuana and Tecate. Geographically, it is located at a distance of 19.4 km west of the center of the municipality of Tijuana, at an altitude of 282 m above sea level.

The locality reported a population of 1,860 inhabitants in the 2010 federal census.

Valle de las Palmas is the site of a long-term planned urban development that would take advantage of its proximity to the existing cities of Tijuana to the northwest and Mexicali to the northeast to create a similar-sized city of one million people by the year 2030, on the Mexican Federal Highway 3 around an existing industrial park and university campus Unidad Valle De Las Palmas.

It has been certified as the first Integral Sustainable Urban Development or DUIS in Mexico, which establishes criteria in collaboration with Interamerican Development Bank IDB to evaluate projects that will receive inter-secretarial technical support and public investment.

Valle de Las Palmas is on Mexican Federal Highway 3 running north from Ensenada, Baja California, and is south of the city of Tecate which city is on a spur of the toll road linking Tijuana with Mexicali across the central Sierra.

It is also on the older two-lane east-west road which is toll-free.

As the development of Valle Las Palmas occurs it will cause increased traffic causing the Tecate airport to reopen.