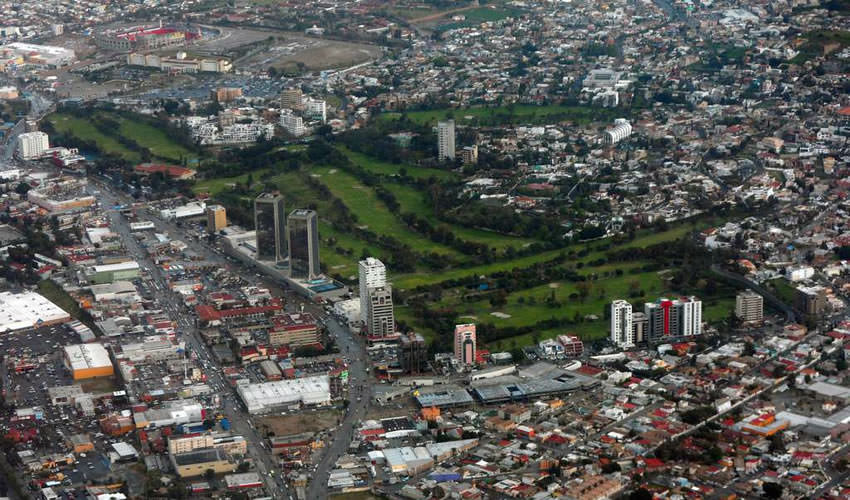 Reasons why you should visit Tijuana

Is Tijuana worth visiting? Why do people visit Tijuana? And what to do in Tijuana?

With a reputation for violent crime and warring drug gangs, Tijuana (or TJ) may not be at the top of your bucket list. However, in recent years it has undergone somewhat of a makeover, with a booming culinary and arts scene.

So, unless your aim is to join a gang on vacation, you shouldn’t get into much harm in the city as a tourist.

Tijuana is situated right on the border with the United States, it is the busiest land crossing in the world. This city, just a stone’s throw from San Diego is a popular day trip for those seeking a quick cultural change.

However, delve a little deeper and you will find there is plenty on offer to keep vacationers happy for more than just the day.

So, before you label Tijuana as too dangerous and simply the gateway to the icons of Mexico, take a moment to find out all it has in store.

Here are some reasons we believe Tijuana is absolutely worth visiting.

What to eat in Tijuana?

If Tijuana is worth visiting for one reason only, this may just be it. Okay, so Mexico overall offers a fair number of tempting delicacies, but surely being the birthplace of Caesar salad has to give it the edge.

Yep, that’s right, the world-renowned salad was actually brought to life at Caesar’s Restaurant Bar in Tijuana. The story goes that Italian chef, Caesar Cardini, ran short of ingredients and threw the salad together. And voila, the much-loved menu item was created.

However, while this dish certainly puts Tijuana on the culinary map, it’s the abundance of heavenly street food and the plethora of eateries that make it a foodie’s dreamland. No trip to Tijuana could be complete without sampling some fish tacos.

A major staple of the state of Baja California, Tijuana has them in bucket loads, with carts and stalls selling them all over the city. However, this is just the tip of the iceberg in street food.

Be sure to give tamales (masa or dough steamed in a corn or banana leaf) and tostilocos (toppings layered on corn chips) a try too.

And don’t miss street food central, Telefonica Gastro Park. This collection of food trucks has a wealth of variety, from seafood to steaks, and even a dedicated vegan stand.

But don’t worry, if street food is not quite up your street (excuse the pun), Tijuana is also home to innovative restaurants serving up the best of Baja Med cuisine. This exciting blend of Mexican, Mediterranean, and Asian cuisine is taking the culinary world by storm.

We recommend giving the risotto topped with salt-cured cactus and charred octopus a try.

So, we’re not quite talking the same standards of the Riviera Maya but the beaches in Tijuana are still something to marvel at.

Playas de Tijuana (“Tijuana Beaches”) is the main beach area of the city. Located just a 13-minute drive from downtown, it is a vibrant spot. Here you will find displays by local artists, as well as a plethora of restaurants and bars lining the boardwalk.

However, a more sobering sight is the border fence (known as the “Tortilla Wall”) which separates the United States and Mexico. This controversial fence runs right through the beach, all the way into the ocean.

But many choose to head a little further south to the beaches of Rosarito town (known for its strong surf) or the cozy town of Ensenada (boasting an impressive waterfront and excellent seafood scene).

Founded as an urban settlement in 1889, Tijuana is now the largest city in the state of Baja California.

However, there is much history to uncover here. From the early hunter-gatherer tribes roaming the land to the Spanish explorers in the 16th century, as well as its ranch settlement days, it has seen much change over the years.

And The Tijuana Cultural Center (CECUT) is the place to go to learn about the city’s origins. But this ball-like structure not only houses a museum. You will find galleries, a theater, and many other amenities.

So, the perfect place to soak up a bit of culture, as well as history.

Other cultural landmarks to check out are the Cathedral of Our Lady of Guadalupe (built in 1902, it is the oldest in the city) and Plaza de Toros de Tijuana (traditional bullring).

Tijuana is also home to a number of festivals, so if you’re lucky enough to be in town for one, prepare for plenty of Mexican flair and extravagance.

Tijuana has a longstanding reputation for debauchery. It became a hub for young Americans looking to take advantage of Mexico’s lower drinking age limit. However, the Tijuana of today has evolved to have a much more well-rounded after-dark entertainment scene.

So, whether you’re looking to sip on some mezcal (agave-based spirit) in one of the many “mezcalerias”, sample some locally produced craft beers or get your groove on in a trendy club, you’ll have no problem finding entertainment to see you through the night here.

Avenida Revolucion, located in the historic downtown area, is generally regarded as the main nightlife hub.

If you’re a fan of hip hop, reggaeton, or electronic dance, head to nightclub Coko Bongo, or if you’re looking for somewhere to enjoy the finest Banda music (regional Mexican music), while enjoying the cheap drinks on offer, Las Pulgas is the way to go.

But as well to the many bars, restaurants, and clubs on offer, there is also a casino on hand for those that like a little gambling action on vacation.

Many who visit Tijuana simply go for the nightlife and shopping, however, in recent years, it has become a mecca for artists. So, if you’re one to appreciate a bit of creative expression, Tijuana is worth visiting for its growing urban art scene.

To truly soak in those artsy vibes, head to the Pasaje Rodríguez. This funky alley is home to many graffiti murals highlighting the best of the city’s experimental modern art scene.

Or for something a little quirkier, make sure to stop off at the Casa del Tunnel. This former drug tunnel was turned into an arts center back in 2008 by the founder of WorldBeat Cultural Center, Makeda Dread Cheatom.

So, if you’ve ever wanted to wander through a cross-border drug tunnel safely, you’re in luck. And be sure to check out the rooftop also for epic views of Tijuana and the United States.

But for those that like the more traditional gallery to consume their art, the place to be is La Caja Galeria. Set in an abandoned warehouse and built using all recycled materials, this gallery houses a superb collection of local and international artists’ work.

It is a must-see on any Tijuana itinerary.

Tijuana is home to professional soccer, baseball, and basketball teams taking in a sporting event is definitely up there with the many reasons why Tijuana is worth visiting. Whether you’re a hardcore sports fan or simply enjoy soaking up the atmosphere at a game, we definitely recommend heading to Caliente Stadium.

Built exclusively for the newly founded soccer team, Club Tijuana (or Xolos) in 2007, the stadium gradually expanded as the club gained success. And now, after the team was promoted to the Mexican Premier League (Liga MX) and won a championship, it regularly results in sell-out crowds.

So, grab a beer and possibly a taco (after all, you are in Mexico) and slot right in with the locals as you chant along at a match.

Get ready to splash that cash as the shopping here is top-notch. While the drinking and general good times were what tempted people to cross the border in the past, shopping (and affordable dental and plastic surgery work) are now what lure people south.

And with an abundance of street markets, shopping malls, and upscale boutiques, it’s definitely one of the reasons why Tijuana is worth visiting. Even if purely just to window shop.

For the first stop on your shopping spree, we recommend heading to Galerías Hipódromo. This lively outdoor center has a vast variety of stores and plenty of places to snack mid-shop. And from there, there are several options.

Mercado Hidalgo is Tijuana’s largest market, which houses an array of crafts, Mexican chocolate, and pinatas.

Or perhaps you may want to give Avenida Revolución a try. This is the perfect traditional Mexican shopping experience, boasting a wide selection of little shops selling artwork, trinkets, and leather goods.

And lastly, after a bit of retail therapy for yourself, it might be time to pick up a little something for others. Well, look no further than the souvenir stalls of Plaza Santa Cecilia.

Here you’ll find plenty of options ranging from t-shirts to pottery and traditional Mexican toys, or even a little tequila to bring the taste of Mexico home. And you may even be treated to Mariachi bands as you shop. What could be better?

However, bargaining is a way of life in Tijuana, so be prepared to bring out your best haggling techniques.