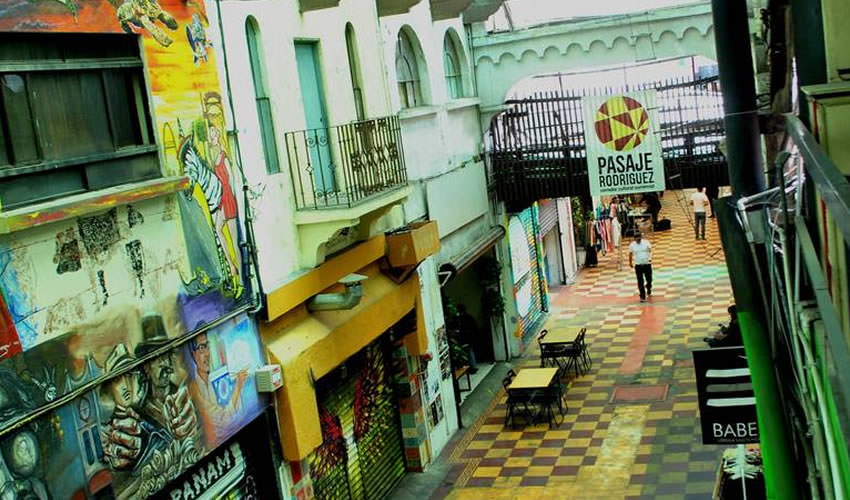 Amid the frenzy of the Avenida Revolucion, tucked between the slew of hotels, restaurants, and shops, an oasis for the artistic stands under the radar. This is Pasaje Rodriguez, a back alley packed with art, delicious food, and excellent energy.

Pasaje Rodriguez is a nod to the evolution of Tijuana and the revitalization that is reshaping the way the city is seen around the world.

The project responsible for the Passage began in 2009 when parts of the passage were opened up for just a few days in order to display local art. It’s not surprising that artists, designers, and photographers wanted the space to remain open even after the festival was gone.

The first Fridays of each month tend to be great times to go, when exhibitions are organized, as well as festive parties. Evenings are also the most energetic and interesting time to explore, as well.