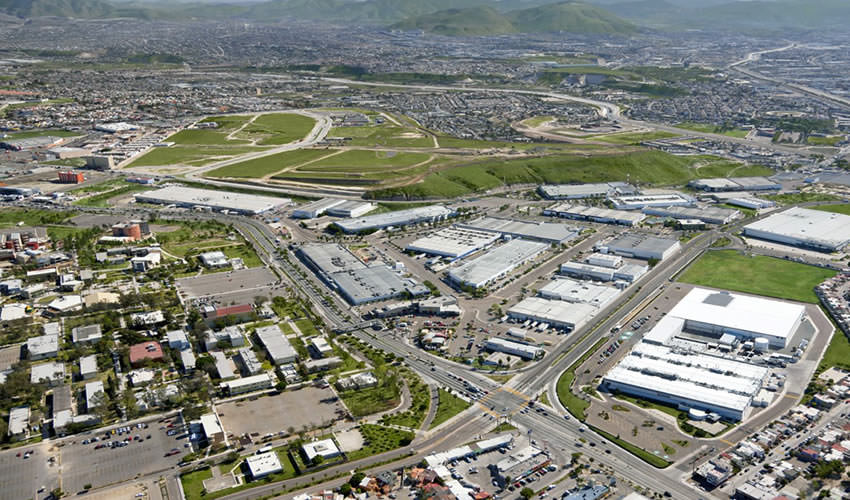 The land was originally inhabited by the Kumeyaay, a tribe of Yuman-speaking hunter-gatherers. Europeans arrived in 1542 when the explorer Juan Rodríguez Cabrillo toured the coastline of the area, which was later mapped in 1602 by Sebastián Vizcaíno.

In 1769, Juan Crespí documented more detailed information about the area that would be called the Valley of Tijuana. Junípero Serra founded the first mission of Alta California in nearby San Diego.

The further settlement took place near the end of the mission era when José María de Echeandía, governor of the Baja California and Alta California, awarded a large land grant to Santiago Argüello in 1829.

This large cattle ranch, Rancho Tía Juana (“Aunt Jane Ranch”), covered 100 sq km. In 1848, as a result of the Mexican–American War with the United States, Mexico lost all of Alta California.

The majority of the 1,000 Hispanic families living in Alta California stayed there, though some moved south to remain inside Mexico. Because of this Tijuana gained a different purpose on the international border.

The area had been populated by ranchers, but Tijuana developed a new social and economic structure. These were farming and livestock grazing, plus a transit area for prospectors.

Urban settlement began in 1889 when descendants of Santiago Argüello and Augustín Olvera entered an agreement to begin developing the city of Tijuana. The date of the agreement, July 11, 1889, is recognized as the founding of the city.

Tijuana saw its future in tourism from the beginning. From the late 19th century to the first few decades of the 20th century, the city attracted large numbers of Californians coming for trade and entertainment.

The California land boom of the 1880s led to the first big wave of tourists, who were called “excursionists” and came looking for echoes of the famous novel “Ramona” by Helen Hunt Jackson.

In 1911, during the Mexican Revolution, revolutionaries claiming loyalty to Ricardo Flores Magón took over the city for shortly over a month. Federal troops then arrived. Assisted by the “defensores de Tijuana”, they routed the revolutionaries, who fled north and were promptly arrested by the United States Army.

The Panama-California Exposition of 1915 brought many visitors to the nearby California city of San Diego. Tijuana attracted these tourists with a Feria Típica Mexicana – Typical Mexican Fair.

The first professional race track opened in January 1916, just south of the border gate. It was almost immediately destroyed by the great “Hatfield rainmaker” flood of 1916. Rebuilt in the general area, it ran horse races until the new Agua Caliente track opened in 1929, several miles south and across the river on higher ground.

Legal drinking and gambling attracted U.S nationals in the 1920s during Prohibition. The Avenida Revolución area became the city’s tourist center, with casinos and the Hotel Caesar’s, the birthplace of the Caesar salad.

In 1925, the city attempted to shed its negative image of hedonism and lawlessness created by American mob entrepreneurs by renaming itself Zaragosa, but its name soon reverted to Tijuana.

During the eight years it operated, the Agua Caliente hotel, casino, and spa achieved near-mythical status, with Hollywood stars and gangsters flying in and playing. Rita Hayworth was discovered there.

Musical nightclub productions were broadcast over the radio. A singer known as “la Faraona” got shot in a love triangle and gave birth to the myth of a beautiful lady ghost.

Remnants of the Agua Caliente casino can be seen in the outdoor swimming pool and the “minarete” (actually a former incinerator chimney) nearby the southern end of Avenida Sanchez Taboada, on the grounds of what is now the Lazaro Cardenas educational complex.

In 1935, President Cárdenas decreed an end to gambling and casinos in Baja California, and the Agua Caliente complex faltered, then closed. In 1939, it was reopened as a junior high school (now, Preparatoria Lázaro Cárdenas).

The buildings themselves were torn down in the 1970s and replaced by modern scholastic architecture.

With the decline of nightlife and tourism in the 1950s, the city restructured its tourist industry, by promoting a more family-oriented scene. Tijuana developed a greater variety of attractions and activities to offer its visitors.

In 1994, PRI presidential candidate Luis Donaldo Colosio was assassinated in Tijuana while making an appearance in the plaza of Lomas Taurinas, a neighborhood nestled in a valley near Centro.

The shooter was caught and imprisoned, but doubts remain about who the mastermind might have been.