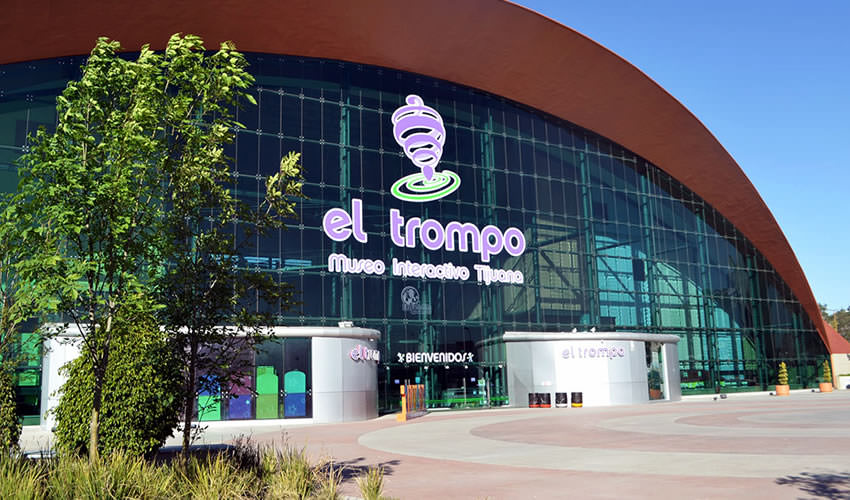 The El Trompo Interactive Museum is a museum in Tijuana, Baja California, Mexico, located in Morelos Park. Its function is the dissemination of scientific knowledge in a playful way for children and adolescents, especially.

January 8, 1998, They legally constitute the Association “Interactive Museum Tijuana A.C.”, establishing itself as a private non-profit institution. On

May 4, 2007, El Trompo signs a contract with El Papalote, Children’s Museum, agreeing that it will develop the Master Plan that will guide its first years of life. This alliance will respect the vocation of Tijuana.

February to November 2008 Events and campaigns are held that will position the Museum before the grand opening: “Hands that Paint Dreams” mosaics, the “A Kiss for Tijuana” Gala Dinner, the “Keys for a Cause” event, and the Campaign of Recycling “I have the Power”, among others.

On June 28, 2008, The board of trustees agrees to visit the Papalote, Children’s Museum, with the aim of requesting a proposal for equipping the “El Trompo” rooms.

It was built in 2008 and inaugurated on December 9 of that year. It is the work of the architect Francisco López Guerra. Its approach as a museum is based on the theories of free learning and meaningful learning.

It has 6 interactive rooms, 1 projection room, a multipurpose room, and a space for concerts with a capacity of 5,000 people. As well as various temporary exhibitions.